My thoughts on “Winter” by Marissa Meyer 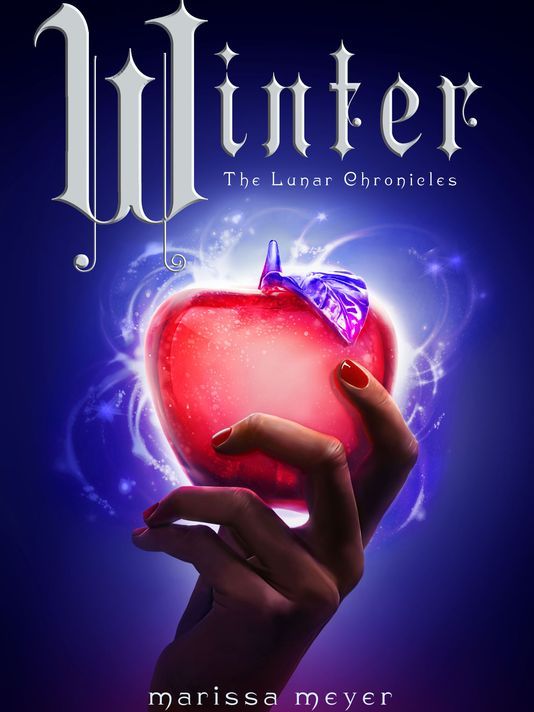 For a couple of years now, I’ve been wanting to read more, and lately, I’ve finally been sitting down and doing it. I probably won’t review every book I read this year, but I really like the books I’ve recently read, so I’m going to talk about them a bit.

The first book I read this year is “Winter” by Marissa Meyer. This is the fourth and final book in the Lunar Chronicles Series, and I loved it. It was a great end to the series, and it really brought everything together. My review below mentions some specific parts of the series, but doesn’t contain any major spoilers.

The Lunar Chronicles is a YA series that incorporates fairy tale characters into an alternate (semi-dystopian?) future. The first book, Cinder, follows a cyborg named Cinder and her journey figuring out who she is and getting caught up in a lot of political turmoil. Of course, her story closely correlates to Cinderella, and there is a moment when the Prince is holding her cyborg foot (instead of a glass slipper).

Cinder is the main hero of the series, but the other books are named after the characters whose story is most central to moving the plot along in that book. The second book is “Scarlet” (Red Riding Hood), the third “Cress” (Rapunzel), and the fourth “Winter” (Snow White).

I know the market is oversaturated with fairytale retellings, but I felt like this was a great one. It keeps not only some of the superficial elements of the fairytales, but also some deeper underlying messages and also some twists on how supplemental characters affect the plot. Winter has lived a sheltered life and is easily manipulated by her stepmother the Queen. But she’s not dumb, and she fights for herself and those she loves. The character who is sent to kill her saves her not only out of personal love, but because he hates the queen and refuses to be her pawn by killing this innocent and good-hearted young woman.

Each of the main characters is female and does have a male love interest, but I feel like the execution was well done. The women do not rely on the men to save them- I’m pretty sure every character in the main lineup, which is about 9 characters on the hero side, saves another at some point. In “Winter”, there is a great scene where Cinder’s love interest is stuck waiting for a marriage he doesn’t want, feeling useless while everyone else is actively risking their lives trying to stop the Queen. I loved this scene because it was one I’ve seen a billion times, but also with a woman (or girl) being forced into a marriage and feeling useless. It also showed that he wasn’t being useless, he was a much-needed factor in an overall plan.

It’s been awhile since I read the other books in this series, but it’s one I definitely want to read again someday to analyze more closely. This is a series about a revolution, so there are definitely some politics, but it doesn’t really make close connections to today’s political atmospheres, only broad statements about political structures and tactics in general. It’s a hopeful series, but definitely has some painful moments.

There are also some short stories and another book (I think a prequel?) that are tangential, but not part of the main series. When I re-read the series, I will definitely be reading these supplemental pieces as well, since I have not read them yet. Overall, this was a fun read, and I definitely recommend it!

Posted on January 14, 2017, in books. Bookmark the permalink. Leave a comment.